This is your chance to make history! The world torn apart to pieces lies before you. Side with Warface, an elite task force striving to bring and maintain fragile international balance, or opt in for Blackwood, a ruthless pro-control capitalist megacorporation. Put your skills to the test and challenge other players in PvP – or join forces with friends to complete PvE missions together, opposed by AI forces that never cease or give in. Hundreds of weapons, armor, body skins and attachments. You decide the outcome of this war.

More Than Just a Game
The acclaimed first-person shooter, Warface, is now available on PlayStation 4! An explosive mix of dynamic action and tightknit teamwork in a free-to-play online shooter will keep you on the edge of your seat. Four distinctive classes, each with its own unique playstyles, and more than a hundred weapons to choose from to make your gameplay perfectly tailored exactly for you. Expand your arsenal even further with a plethora of various attachments and camos based on real prototypes and fictional concepts as well. Dive into never-ending PvP action in 10 different game modes and plenty of maps to choose from, climb the ladder playing the ranked matches or play co-op special operations with friends, tackling any threat that comes your way, from assault squads to cyborgs and war robots.

Starter Packs
Despite its name, this pack will satisfy the needs of even the toughest battle-hardened veterans. This is your best pick if you just want to head straight for the fight without spending time on picking gear.

PvP Battles for Any Taste
Discover 10 diverse game modes, from the time-tested classics of the genre to the bravest of experiments you’ve always wanted to try! Make your way up the ranked ladder with awesome rewards and take part in clan wars. Choose your class and jump into the fray!

Breathtaking PvE Missions
Combine your strength with friends to take on persistent waves of enemy forces commanded by AI. Navigate the world in exciting PvE co-op missions and raids scattered across the globe: from snowy Siberian peaks to American tropics and African jungles. Yet watch out – ambushes don’t come by ground alone!

Unique Classes
Choose your class before the fight and enhance your team with special skills and abilities. Rifleman, sniper, medic and engineer – each class is indispensable in its own way!

Rifleman
An all-round, balanced role, though not to be mistaken for a mere grunt! Riflemen provide the bulk firepower for the team, armed with assault, battle rifles, or light machine guns. Most efficient at medium ranges.

Special skill: resource crate that allows to resupply gun ammo for the bearer and the teammates.

Sniper
The greatest threat is the unseen one. A lone wolf, sniper masterfully eliminates its enemies from afar, vanishing back into the darkness. The overwhelming damage of bolt-action rifles allows the sniper to kill with one shot.
Special skill: can knock down its enemy in case of a non-lethal hit.

Medic
This class provides traditional battlefield support, healing and saving lives as the squad marches. Armed with a shotgun, medic is extremely deadly in close quarters.

Engineer
An explosives and defense specialist armed with a rapid-firing SMG and a broad selection of landmines for tactical maneuverability. While medics heal their team, engineers can repair armor swiftly and efficiently.

Special skill: armor kit that restores the defenses of the team and an ability to plant mines.

Impressive Arsenal
Unlock and pick any of over a hundred available weapons, based on and closely modeled after their real life counterparts, and customize them to suit your preference: switch grips, scopes and more without leaving the fight. Don’t forget about choosing a camo to blend in the environment or stand out attracting all the attention. Amass a truly impeccable arsenal of your own! 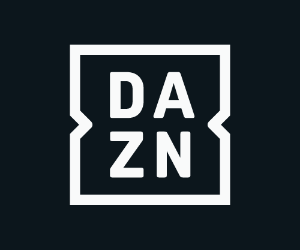